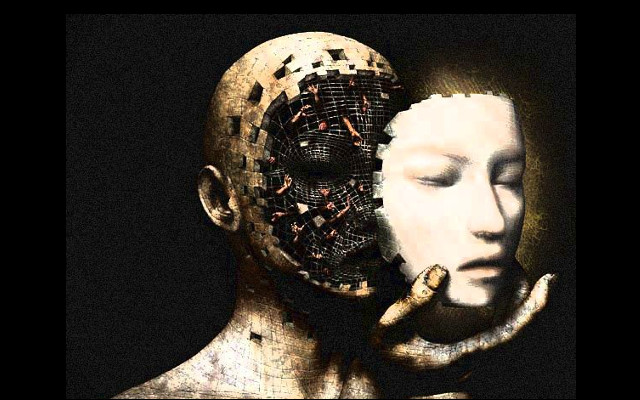 But where to start?

I’m running out of time. We all are. And if I don’t do this now, I probably never will. The following may seem like an egotistical play and you know what? It probably is. Isn’t that what having a blog is all about? Nobody does this for the good of other people – except for Boing Boing. They are a selfless people I tell you.

But, aside from Boing Boing, millions of folks write their blogs each day to people they don’t even know. They share opinions on food and products they like and brag about how awesome they are.

And in the end, I guess I’m no different from them – or am I?

My name is Michael Borys…and I am many things.

I’m a designer, a hypocrite, a thief, a gamesman and a sham. I am a hermit, a manipulator, an entertainer, and a winner. I clean up nicely, I can’t dance to save my life and I don’t tuck in my shirts.

I become addicted to whatever I’m doing and then I abandon it as soon as I get the hang of it. I’m probably very similar to you and every other human being on Earth because that’s how we are right? It’s like we’re all in an ancient super secret club!

And that brings me to my first actual secret:

1) I’m the most social loner I’ve ever met

I’ve done a pretty good job of designing a life where I get to be by myself doing what I like to do. Every now and then though, I crawl out from under my rock to keep up appearances.

I’m sorry if that seems horrible. To make up for it, here’s another secret:

I constantly work at “effortless awesomeness”. I like to incorporate it in the workplace, on the pool table and in conversation. To me it’s important to not just seem great, but I like to make it look like it’s just happening without my knowing it. The best example I can think of is having windblown hair from unseen winds.

The ability to glide along, being interesting and talented without seeming to give effort is a mutant ability that you just aren’t born with. It’s one that’s developed over time and is tempered by failure.

Lots and lots of failure.

Now onto the third secret:

If it weren’t for gimmicks and scams I wouldn’t have a job out here in California. Come to think of it, I probably wouldn’t have had any success in my life at all!

Every job I ever had, and I mean every one, was based on some form of lie or trickery. I’ve never belonged until I faked it enough to the point that I did.

And I have MOST of the world fooled most of the time.

My good friends know what I am talking about and in time you will too. It’s okay if I expose myself because it’s just too darned late in the game to put me in jail for my crimes. The statute of limitations is on my side.

Now, enough with the numbering! Let’s speed this up.

I love history, puzzles, magic and the absurd.

I am a tastemaker.

Through my work, you have been manipulated and you don’t even know it.

I am an egomaniac and my own worst critic.

I will grow on you.

I’m at the point of my life where I know I no longer have all the time in the world.

I’ve taken from the interwebs for too long without giving back and now, this is my gift.

What I offer are worthless stories, useless opinions and trite musings.

I’m coming for you!