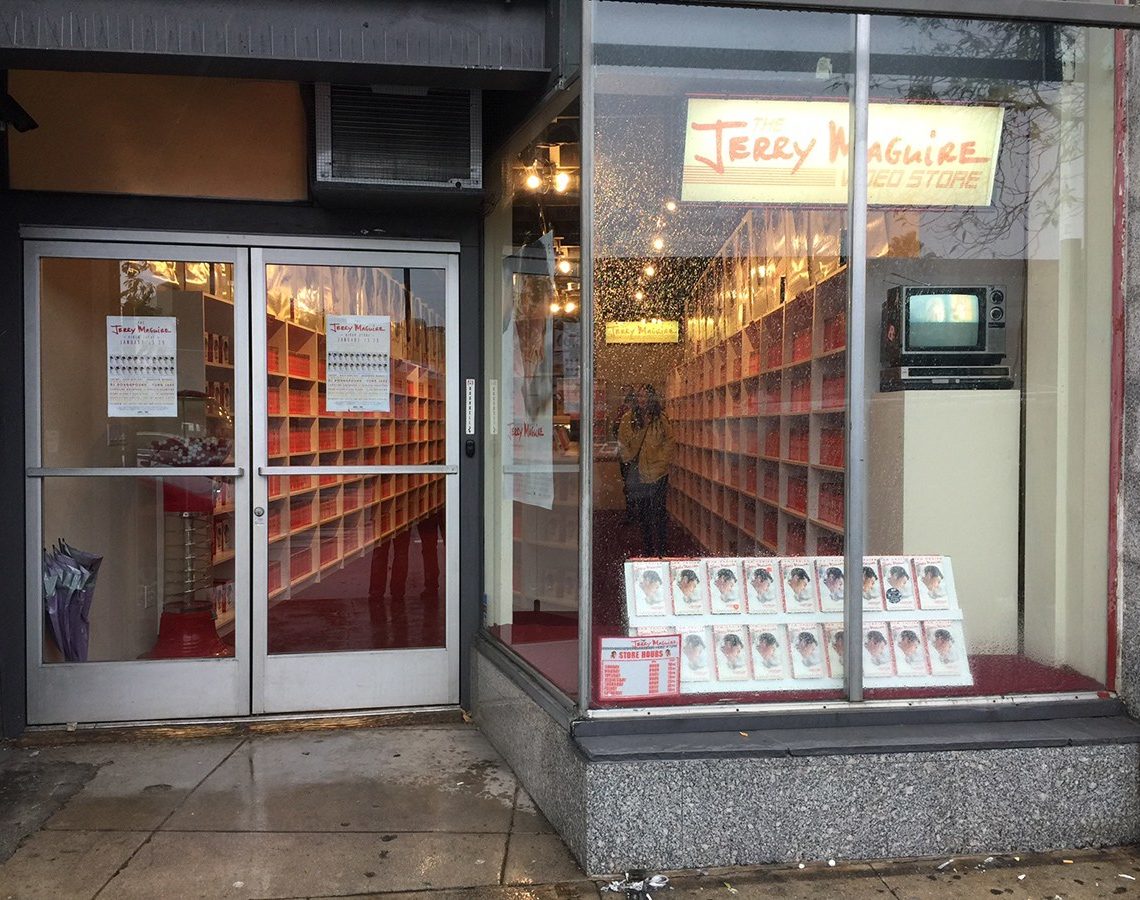 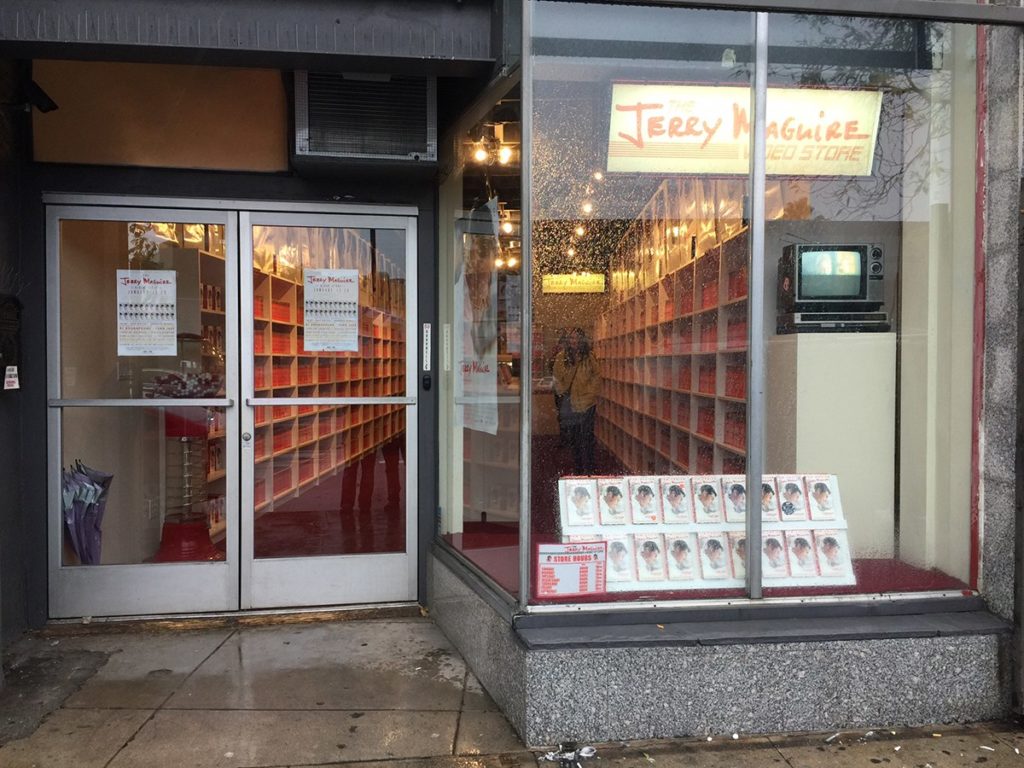 Remember those bygone days when certain stores would decorate their walls with movie titles for us to pick through? Well, just imagine a magical place that cuts out the celluloid chaff and delivers only what we really want to see.

Last weekend I stumbled upon the finest collection of cinema classics I‘ve witnessed since the early 2000s.  It was stocked with everything I needed to scratch my entertainment itch for drama, romance, and even sports flicks. 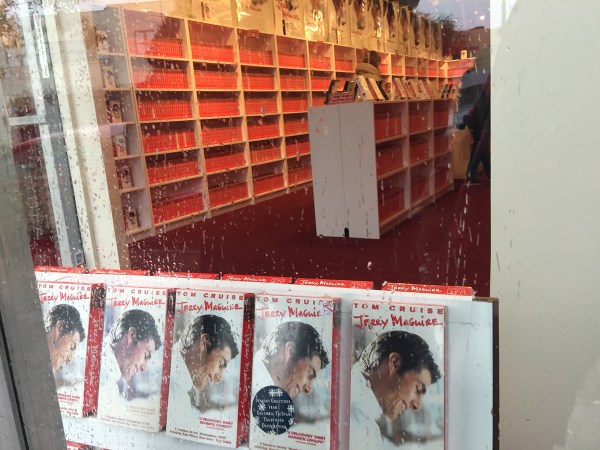 And the place I’m talking about ONLY carried the classic Jerry Maguire movie and get this… it was all on VHS tape!

Everything Is Terrible! is an LA based art collective that has amassed the world’s largest collection of Jerry Maguire VHS tapes. This absurd piece of long form performance art has been achieved solely through fan donations, with a current total of approximately 14,000 once beloved video tapes. 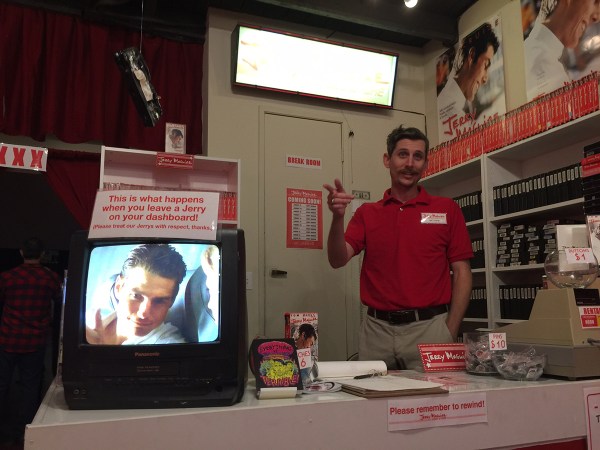 Why are they doing this? Because it’s awesome, that’s why! But more importantly, the collective is raising cash for a permanent pyramid of Jerry Maguire movies that’ll be built in the desert “so the tapes can co-exist until the end of time”. 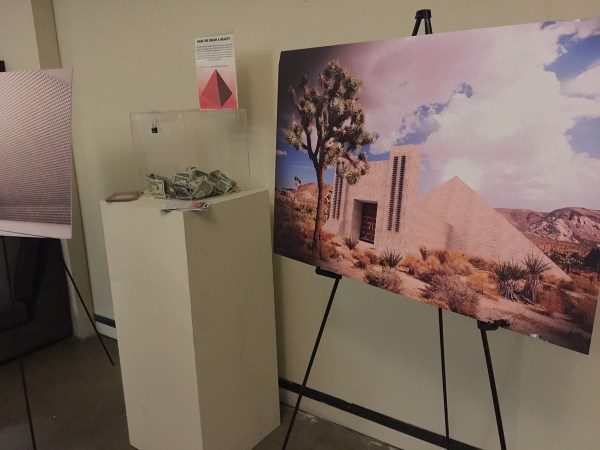 Could this be the best idea I’ve heard in my entire life? Probably so. I’m glad that my 5$ is being used to make their dream a reality. 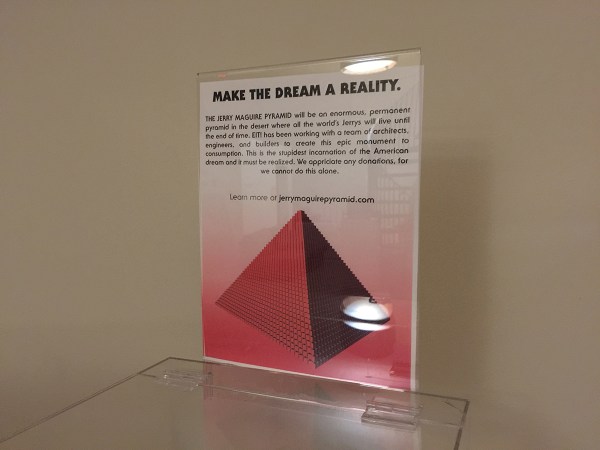 I absolutely can’t wait for this to be built so we can all worship this fine classic in the opulent Jerry Throne Room… as we were meant to! 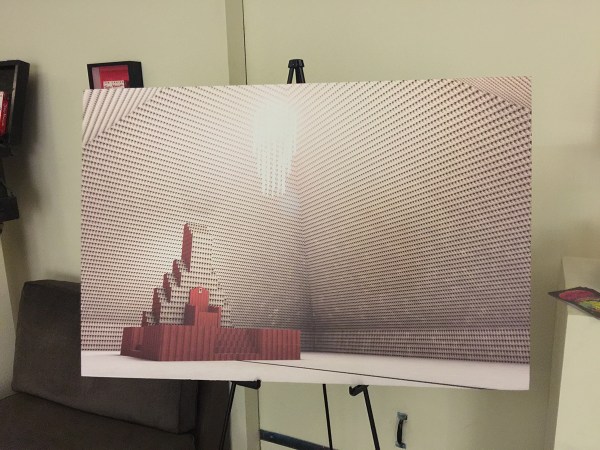 But you’re probably wondering what you can do until the monument is actually built. Well, below is a picture of what’s to come in the following months and as you can see, the future looks pretty bright!

So many choices right?!

Below, my fellow film buffs Dan Hamilton and Juan Gonzalez struggle to make the painful decision of whether to rent the overdubbed French or the classic American version that we’ve all come to know and love.  I’m going to keep their selection a secret so as not to sway your choice when you visit The Jerry Maguire Video Store on your own.

When you do, be sure to ask for our new friend Nathan to help you out. He’s an excellent host, collaborator and contributor to EVERYTHING IS TERRIBLE and helps to run a comedy troupe called LooseMeat. 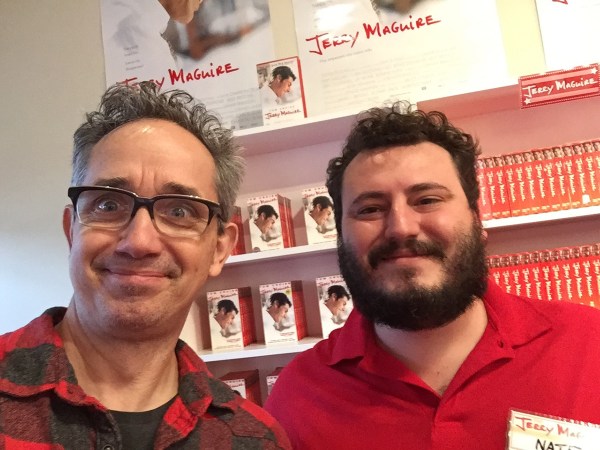 Finally, my life is complete! 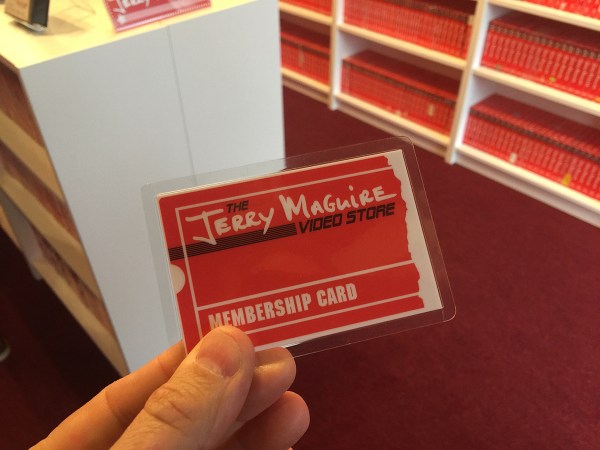