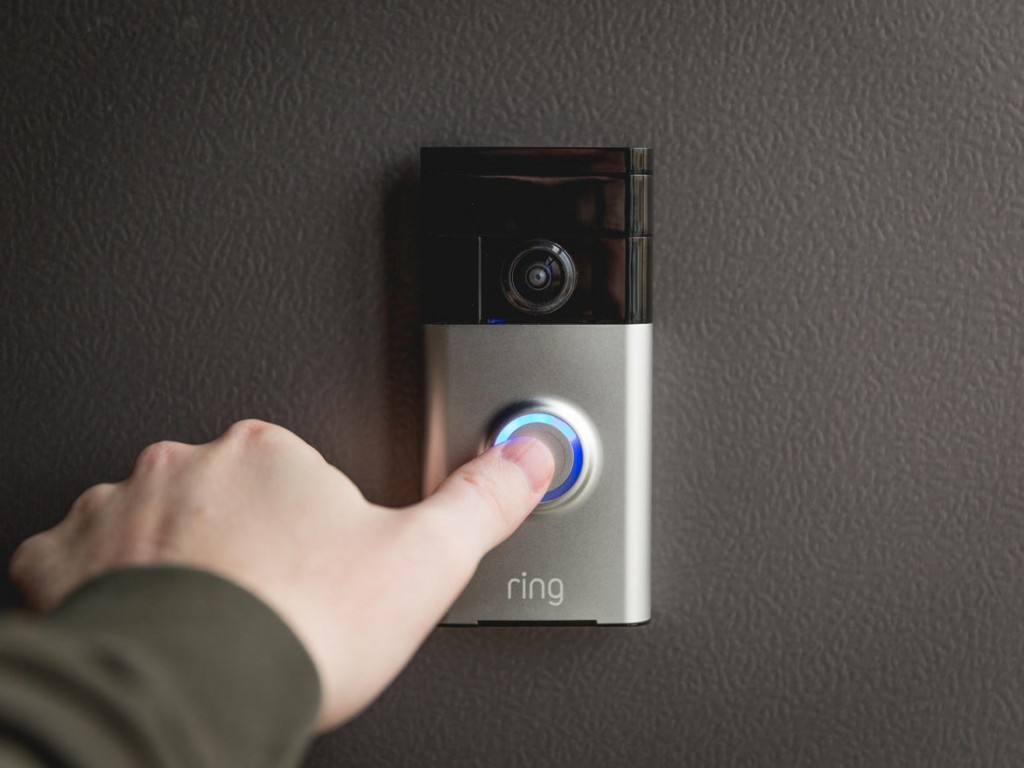 Apparently I’ve had crummy doorbells for the past 45 years and didn’t even know it. It took visiting a good friend’s home to find out what I was missing. When I got there, I was greeted by what looked like a mini-HAL.

The creepy thing was that I didn’t even touch the device before hearing my friend’s voice come through it. He was a hundred feet away and knew I was there because of a built in motion detector. When I began walking up his driveway, Ring Wi-Fi Enabled Video Doorbell detected me and pinged Juan on his phone. He then had the option of ignoring me, simply viewing my actions or talking to me.

Though I couldn’t see him, we were having a full conversation as if we were talking on a speakerphone. But the fact that Juan could have been anywhere in the world and know that I was approaching his home, makes this so much more than a speakerphone or intercom.

When Juan FINALLY opened his front door, he showed me the recorded video of me walking up and talking into the device. I have to say I was amazed by how good I looked.

RING’s video is HD and is recorded at 720p at 30 FPS. The field of view is 180 degrees and RING has night-vision! My awesome iPhone 6 doesn’t have night vision!


One of the first things you’ll do when you get your Ring device is set the sensitivity of the motion sensor. This is so that if you have kids playing in your yard, RING doesn’t keep pinging you over and over.

All you need for the simple installation is a Wi-Fi connection and a drill.

There are a few other tools that you’ll need, but they’re equipped in the well-designed packaging.

To power it, you could either tie into your existing doorbell system or you can set it up with the supplied wall mount in any part of your home or office. The battery in RING device is USB rechargeable and holds its charge for a full year!

Since it connects to your phone through the WiFi connection in your home, RING doesn’t have to even be mounted outside – or at all for that matter.

Because this device is so versatile, I’ve been using it for tasks other than what it was designed for.

Ok. Those those are pretty cool uses for RING, but the designers intended for people to actually mount the device onto their home. What I’ve just described are scenarios where I merely place in in different spots.

By using RING as intended, you can give the appearance of being home even when you aren’t. Being able to converse with someone at your door, when you aren’t there is a great theft deterrent.

Even if you’re in a meeting and can’t make it to your phone when alerted, RING takes a video of who was at your door and timestamps it. You can then check out a back-log of all the videos its ever taken.

There are some pretty great movies that users have uploaded about how RING saved their day and you can check them out here.

My favorite is #6 where a moving truck driver is busted because he put giant ruts in a client’s lawn. He was caught red-handed and had to pay for damages. Pretty awesome!

Ring is pretty stylish and there are different colors to match your home.

which works with RING. This device alerts you when RING is pressed in case your phone battery is drained. Since it just plugs into a wall outlet, you can move it anywhere around your house.

I found that I needed tech support’s help with this part of the installation but that was pretty seamless.

I think Ring product is pretty darned fun and if I didn’t get to play with it myself, I wouldn’t have known I needed one.

Our cats may never jump on the kitchen table again.