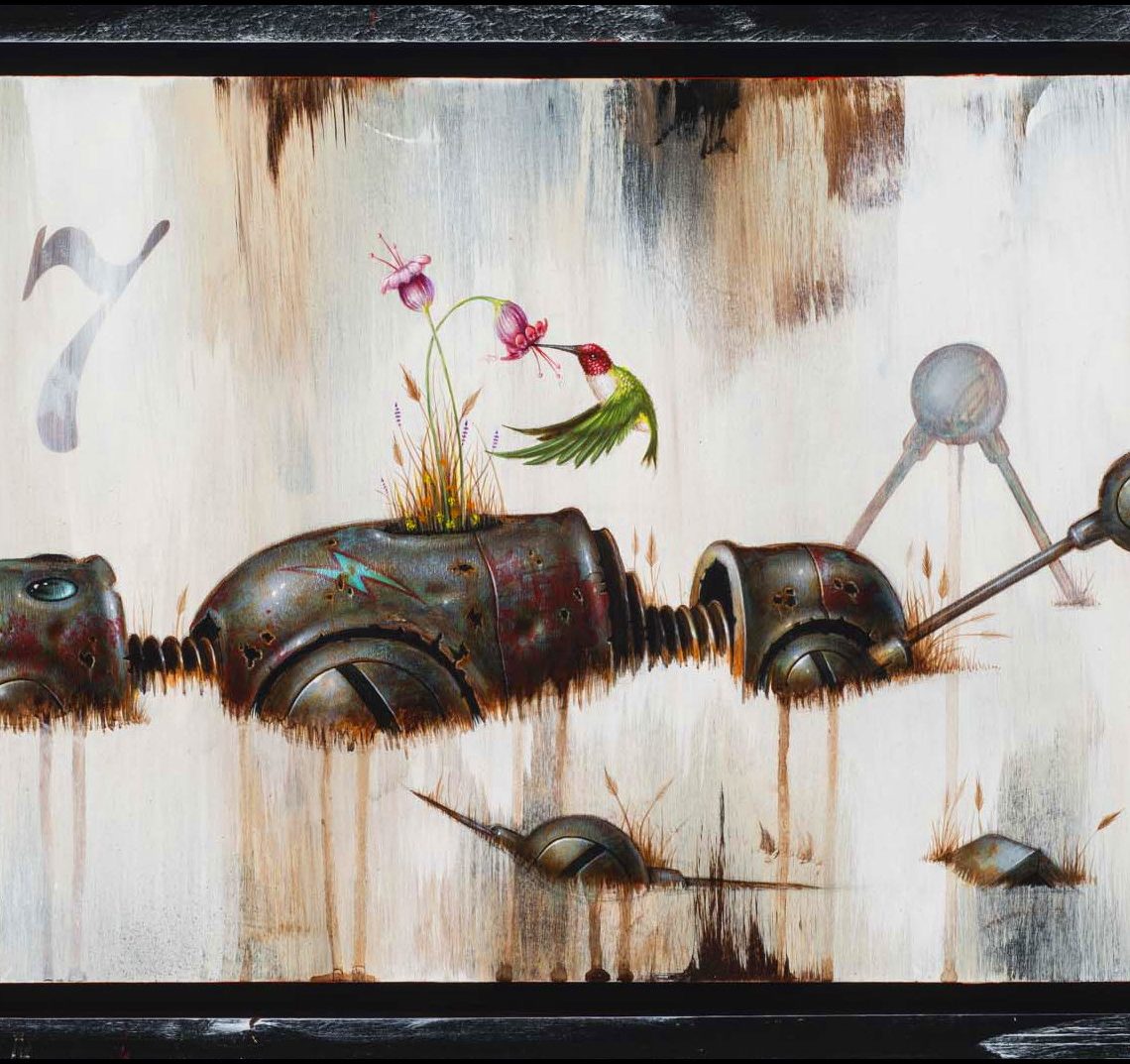 There’s no going back for the rust belt, but there is wonder—and inspiration—in metaphor

When you live in or near Detroit, Michigan, there is a magnetic pull towards a job in the automotive industry. For me it just wasn’t the right fit.

The idea of getting a “real” job was all I ever wanted, but the fact that I couldn’t—wasn’t Detroit’s fault. It was mine. I was difficult. I simply didn’t know what I wanted to be when I grew up.

One day I wanted to be a writer. The next, a graphic artist. The following week I wanted to play pool, and the next become a magician. I was unable to focus on a goal for an extended period, because I thought I was wasting time at whatever I was doing.

Besides that, I was a lazy, world-class procrastinator.

It was frustrating to watch as my friends landed jobs in their fields, while I did the only thing I really knew. I was a Fine Arts degree holder from Wayne State University, and I waited tables.

I used to work with a stopped watch on my wrist to remind myself that I was going nowhere fast, that I had to become something… anything.

One day, I found out that a good friend’s brother, living in Los Angeles, needed a roommate. I packed my bags. I sold everything that I could for rent money, adopted the classic ramen noodle diet, and in July of 1996, 2 months after moving to LA, lucked my way into a temp job at Disney.

That’s where I met Johnny Rodriguez.

Many people today know him today by his artist name, KMNDZ.

For me, the rich colors and rusted metal in his paintings reminds me of home and it makes me miss it. You really should do yourself a favor and check out his work in person some time. For now, you can visit kmndz.com or Instagram:ogkmndz.

His paintings are special, but his art shows are more than just pretty pictures. He creates a mood and experience that touches you in a unique way. Right now Johnny is into creating robots. Where I’m from, robots aren’t the most popular things. In Detroit, they represent the loss of jobs—but not in what Johnny creates. His robots represent wonderful memories, peace, forgiveness and beauty. In his world, the robots are the ones who have become redundant, and then reborn.

Johnny was one of the artists in my life who taught me by example that there are many ways to be a creative artist. He also taught me that that you should never live your life regretting what is behind you because you just can’t “undo” your past anyway. And that is why KMNDZ, his artist name, is so great….The keystroke combination ‘command’ + ‘z’ on a Mac, = ’undo’.

Johnny’s very name, and his life, are constant reminders of what he believes in. He both believes in, and lives within, his art. No matter how horrible things may become, he is void of regret.

If you haven’t been to one of his gallery shows around the world it doesn’t matter, because you have most certainly seen his work. He has been a visual force on some of the most important 42 Entertainment marketing campaigns in the past 10 years.

See Michael, a passionate collector of artifacts and designer of unique puzzles, at Boing Boing’s three-day extravaganza, the Weekend of Wonder, running Sept. 18-20. A weekend of workshops, tech demons and wild performances, there’ll be plenty of fun surprises!

He’s designed clothing lines and logos. He’s designed and animated for Disney, as well as worked on theme-park attractions. He was a competitive downhill racer and a Gracie Barra blackbelt, in Jiu Jitsu, who fights in the IBJJF. Johnny kicks ass at everything that he does, and because of this, you can’t help but be inspired.

I’ve had the luxury of working with KMNDZ for almost 20 year, and we have built some great things together. I owe much of my career to him because when he’s on my side, I can push things as much as I want with the safety net of knowing that he’s there to make what I create better.

The crazy thing: I, the once-lazy procrastinator, am now a workaholic who has an outlet for all of the jobs that I wanted for myself. I realize that I’m trying to emulate the polymath that I’ve been watching for so long. Johnny is one of the top 5 most important people in my creative world and though we don’t talk about it, I hope that our relationship becomes symbiotic.

I wouldn’t undo that for anything.