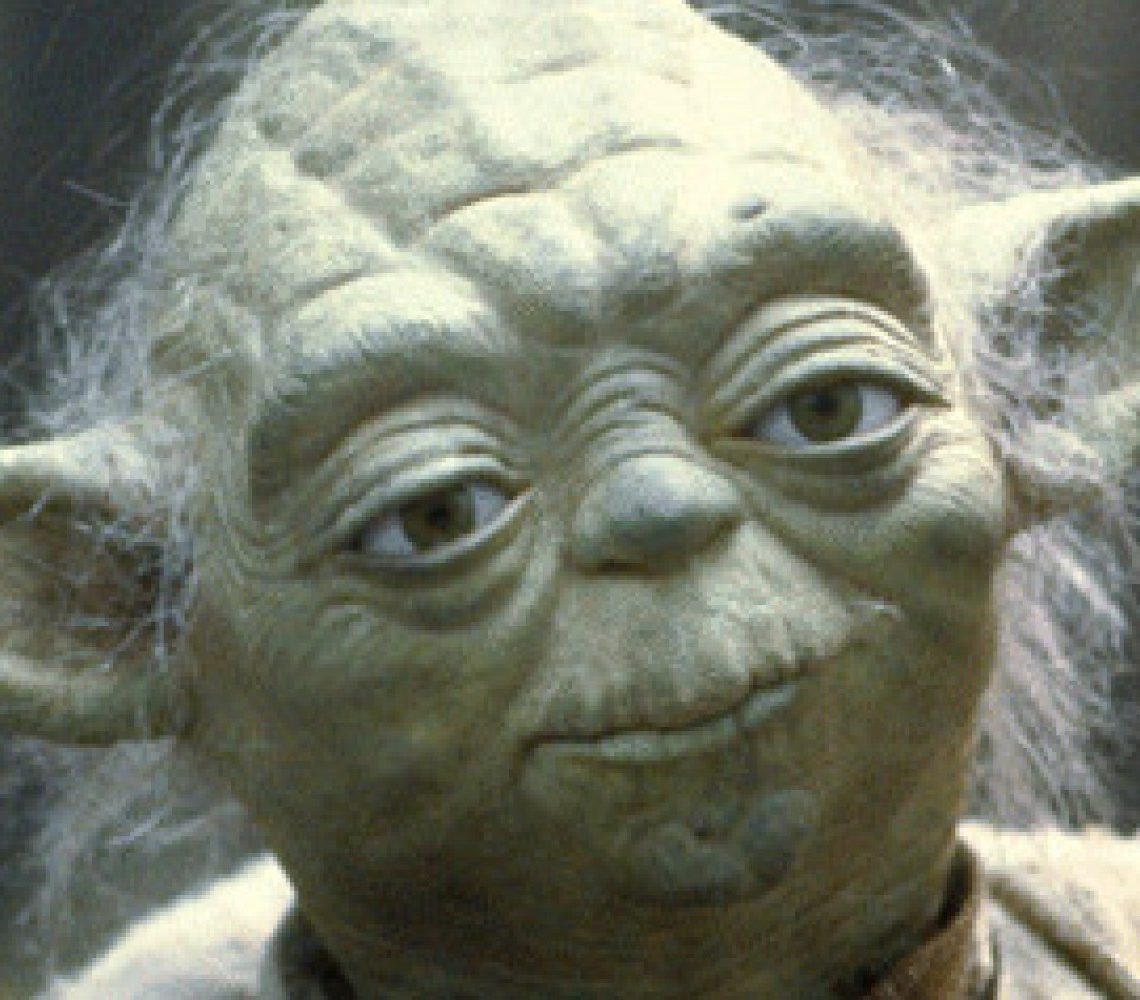 For our vacation this year, my wife Gina and I took a driving tour of the southern states.  The plan was to eat as much BBQ as possible and my fingertips still smell of smoky sauces.

We hung out in Memphis and pigged out in Nashville. We made our way south to Mississippi and that’s when it happened. We saw Yoda! The thing is, he wasn’t hanging out in the swamps like you’d expect. He was ON our rental car!

I didn’t see him at first but as I got closer his image jumped out at me.

It’s obvious right?  You don’t even need to squint and look the other way. Yoda’s head is right there, as plain as day!

And the license plate designer made absolutely no effort to make this Georgian peach pit look like a peach pit at all!

Instead, it looks just like the silhouetted profile of our favorite Jedi Master!

Now, if we do a side by side comparison of a peach pit and Yoda, I think you’ll find they look nothing alike.

Just look at how pissed off Yoda is for even having to hang out with a peach pit for this article.  So I ask you dear reader, how could this have happened?  How did that license plate artwork get created in the first place?

Though this is a noodle scratcher, I have a couple of theories.

I believe the designer had way too many free lance jobs going at one time and got overwhelmed.  He swapped the Yoda asset from one job for a peach pit in another, went on a weekend bender and then to the printer. Nobody double-checked his work and the swap went unnoticed until it was too late. Both the state of Georgia and The Walt Disney Company were hoping no one would see it – and for a while they were fine…until now.

By the way, this theory would also explain my childhood lunchbox.

My second theory is that the green mass they call a peach pit, is actually the state of Georgia with some liberties taken.

Here’s is a diagram of how to take a perfectly good depiction of a proud US state and turn it into ambiguous story fodder.

The truth is, I still prefer theory #1.

So obvious it is.